10 Amazing Things To Do For The Holidays In Silicon Beach

Happy Holidays! It’s the most wonderful time of the year, and with that comes a great deal of exciting events in the Silicon Beach area. There’s no shortage of lights, cameras, and action during this time of the year – simply put, there’s so much to do. And guess what, it doesn’t matter if you celebrate Hanukkah, Christmas or Kwanzaa. There’s something for everyone! As most natives know, a unique wonder to Los Angeles is the spectacular weather, where despite it being December, its moderately warm during the day but still chilly enough at night to bundle up in some cozy clothes and have a nice warm drink (or two). 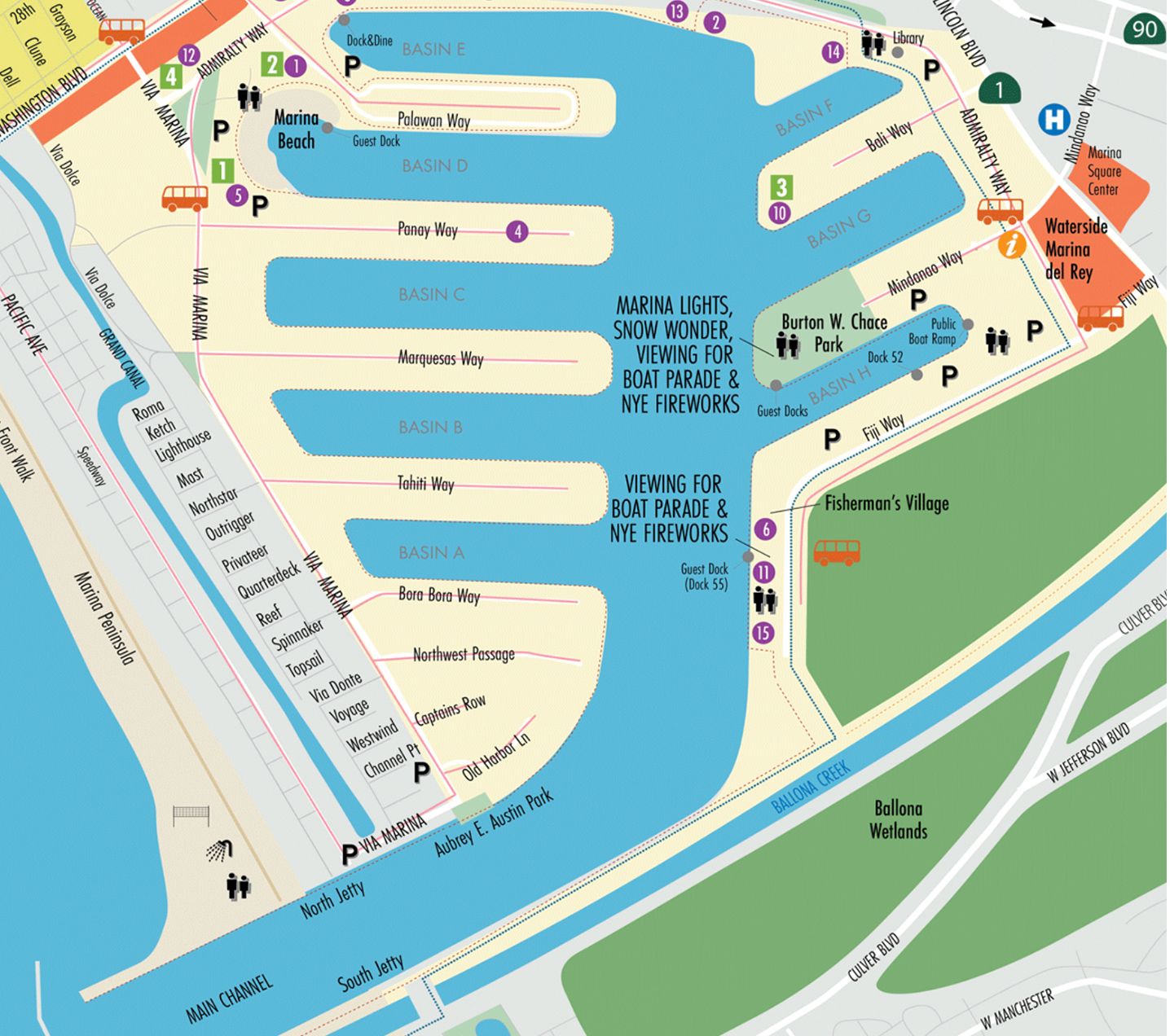 Enjoy the festive glow at Burton Chace Park nightly in December, 4-10 p.m. Make it a fun family outing with dinner at one of the Marina’s waterfront restaurants, then a walk around the park to enjoy the holiday light displays.

Eighty tons of snow are trucked in to Burton Chace Park to make a sledding hill and snow-play area. Pummel your pals with balls of snow – then take cover behind a Christmas tree!

Burton Chace Park and Fisherman’s Village are the best places to watch the trail of lighted boats cruise the main channel. A 10-minute fireworks show at 5:55 p.m. will announce the start of the parade.

Head to Burton Chace Park for a family-friendly Glow Party, 7 p.m.–midnight, with face painting, DJ music, dancing, and food trucks. Watch live broadcasts of the east and west coast countdowns to 2019 with fireworks at 8:59 p.m. and again at 11:59 p.m. Admission is free, with food for purchase.

Every holiday season Downtown Santa Monica brings a little ice to our beachside community, transforming the corner of Fifth Street and Arizona Avenue into the winter wonderland known as Ice at Santa Monica, an 8,000-square-foot ice-skating rink.

Every year the Merchants of Abbot Kinney kick off the Holiday season with a day of fun that includes sledding on real snow, Santa, Holiday activities for the kids, special merchant treats and events, and other wintry fun.

Kicks off at 3:30 p.m., at the intersection of Eastern Canal and Carroll canals. The Venice Canals welcomes everyone to be part of the parade.

The Santa Monica-Venice Christmas Run is Los Angeles’ largest holiday running event and a great fundraiser. There’s a 5K and a 10K run that winds through the beautiful streets of Santa Monica and Venice, including a long stretch along the famous Venice Beach boardwalk. Those who complete the race are treated with a snowy finish line.

Join the Brennan’s crew for an amusing ugly sweater party with spiked hot cider, coca, and photos with “bad” Santa. It’s sure to be a hoot.

Choose (on-site) between two courses: one is a fun dip of 50 yards and the other, for those who are up for a challenge, is a 500 yards swim in the freezing cold Pacific Ocean. You’ll definitely be alert and ready for the new year after this splash!

10 Amazing Things To Do For The Holidays In Silicon Beach

How Millennials Are Changing The Housing Market

We’re making sure that the client is getting a great and smooth transaction and they’re happy with the purchase of their home.